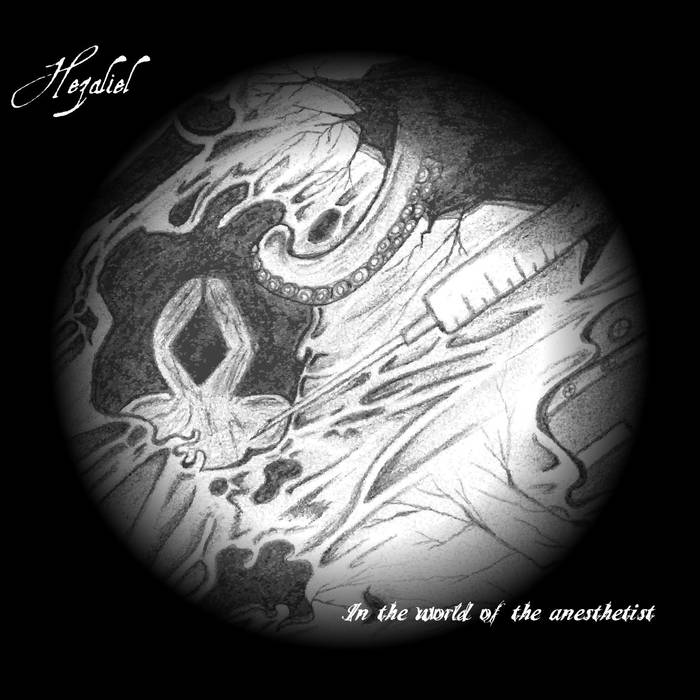 Off we go back into what I’m officially going to refer to as “electro-purgatory;” a specific region of space that houses some of the more hard to categorize electronic artists.  It’s a location where electronic artists create art that seems to sonically ascend and descend and incorporate such a variety of instrumentation into one cohesive work. Inasmuch as writers such as myself often hate putting artists in boxes, at some point, it becomes a necessary evil so as to promote to people previously unfamiliar with them.  Nevertheless…….

So, today’s treat arrives with Hezaliel, a dark ambient project from solo Belgian artist, Steve Fabry.  He is also member of black metal band Sercati and a gothic metal band called The Nightstalker.  I’m not shocked at the diversity given what I’ve heard herein.

Standout tracks are “A Way to Get Out” with it’s effectively buried choral voices reminiscent of angels headed for a slow, vacuous descent and “Return of an Old Enemy” with its other-worldly church organ sound.  In the case of “Return…,” a slowly-ascending piece, the notes, when combined seem to create notes of their own.  These are two examples of the diversity of this release; some pieces ascending, some descending and some simply floating laterally.  Then you have the instrumental diversity as well.  Other tracks have a more soft synth approach while others have a more dark ambient, almost death-industrial backdrop (i.e. “A Death Without Reaction”).

In the World of the Anesthetist is one of the more dense and rich dark ambient-esque releases I have heard in a long while.  But there is a reason for that.

I asked sole member Steve Fabry  about the equipment used for this release.  “A lot.  For the software,  use Abelton Live 9 and for some effect and sound Ik multimedia (sampletank and amplitube). And I record a lot of sound with my dr-40 tascam (with different kind of mic).  I use Hotone amp Nano Legacy for some texture.”

Some ambient/dark ambient/death industrial artists create vast, lengthy soundscape pieces that offer a seemingly endless sense of floating/drifting.  That’s not the case here.  If lengthy ambient pieces might be equivalent to full-length feature films, albums like this could be considered a collection of short films.  While lengthy and short each have their place, albums like In the World of the Anesthetist with their shorter pieces I feel are more effective and apt to keep the listener’s attention.  Somehow, Hezaliel’s approach works incredibly in its favor

In the World of the Anesthetist was release on April 18th, 2017 and is available as a digital download only release on the brilliant and criminally under-rated UK label Kalpamantra.  I HIGHLY recommend this release to those of you who seek a little more diversity in your “electro-purgatory.”