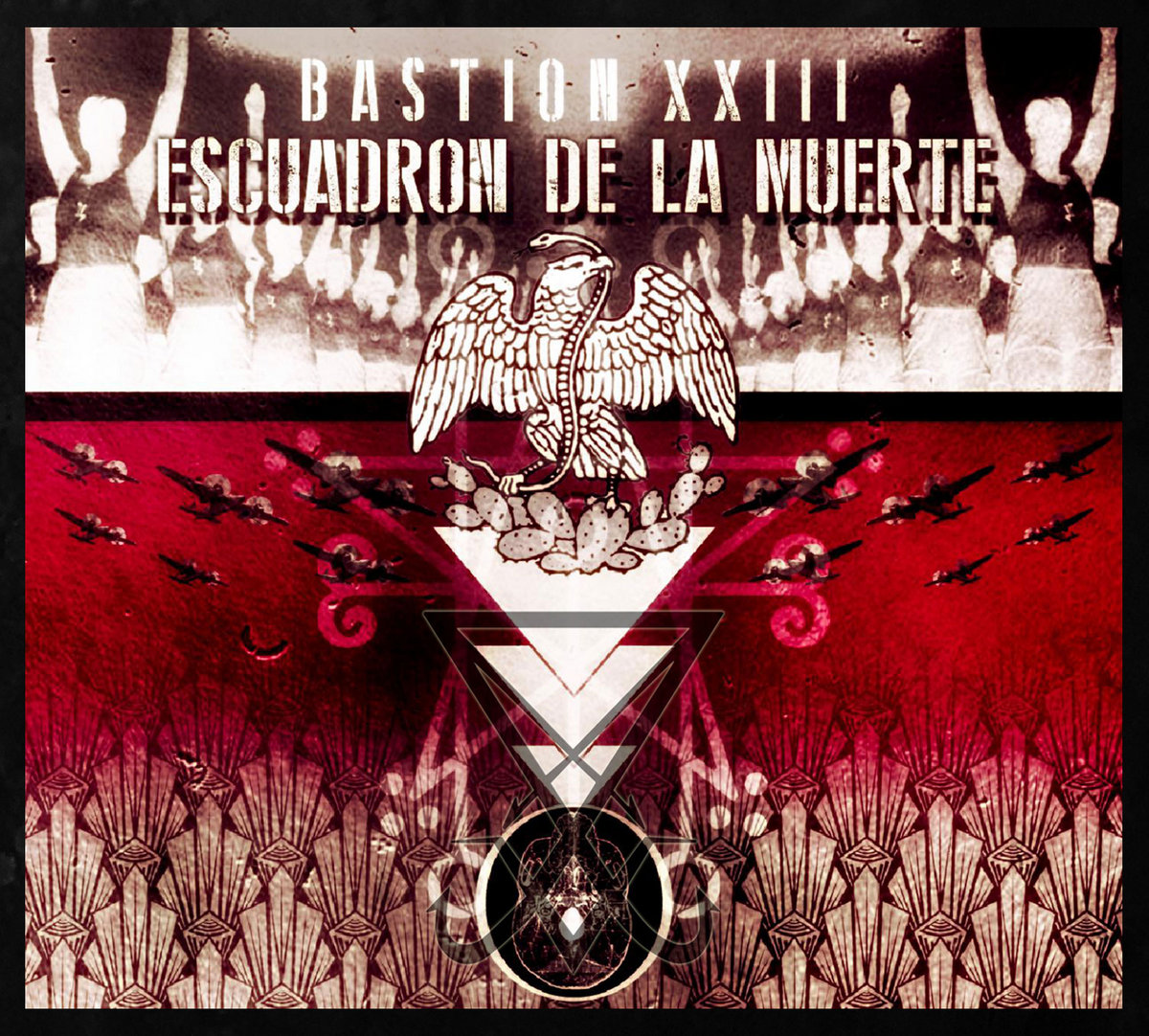 This week we begin a series of great releases from one of the best experimental/noise labels existing: Steinklang Industries. Why one label in one week?  Why not. We begin with a 2020 release, ‘Bastion XXII’ from the band, Escuadron De La Muerte. We don’t know much about this particular act other than the fact that we have a nine-track slab of harsh noise, apocalyptic martial, almost death industrial elements and dark ambience.

While here we never judge a “book by its cover” so to speak, we knew we were likely in for something special with the military-like graphics of the cover and it didn’t take long for one of our favorite elements of noise albums to appear.  That is, the use of samples.  Going right to track 2, “El Culto de las Virgenes,” what we have is a downright dystopian, end of the world-sounding track full of a barren sonic landscape, high-pitched ambience with an oddly-placed bell.  Some death industrial elements appear with the repetitive stomping but what makes this track really haunting is the muffled sounds of sampled voices. It’s like the end of the war with the bell signaling a call to assemble.

“El Cuidador del Faro” is a really interesting piece that begins with the sound of seagulls and the ocean and then a train.  Oddly enough, they managed to sort of merge the rush of the train with the rush of the ocean waves.  Then a stomping death industrial sound appears and the waves morph into a harsh wall of abrasive noise.

Some of the more interesting tracks on this album employ all of the elements mentioned above – harsh noise, dark ambience, creepy samples and a dystopian-sounding sonic apocalypse.  There’s some really interesting stuff going on here.  I think the strength of this album lies in the fact that the artist is pretty crafty with their sense of combing noises and textures that blend, morphing into tones of their own, all the while carrying this atmosphere of death and destruction.  Great stuff here.  Available in digital format and limited edition CD.